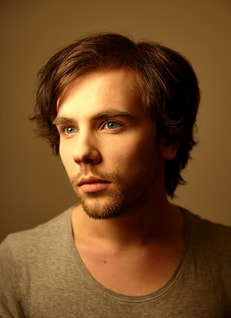 "In search of the perfect acoustic mirror for his perception of the world Harnes Kretzer started early to collect and distort sound effects until they fitted into his mental universe. Synthesizer pioneers as Klaus Schulze and Tangerine Dream were his first spiritual compagnions on his experimental encounter with sounds.

Soon Harnes Kretzer realized the confinement of this synthetic cosmos and enlarged his interest toward neo-classical ambient soundscapes. He discovered the richness of composers as Eric Satie, Nils Frahm and Dustin O’Halloran. Especially in their inconspicuous fragments Harnes Kretzer found the diversity of acoustic perception he was looking for. The art of Lo-Fi provided a solid ground for an immense variety of musical journals.
The warm and mellow sound of a very old piano tempted him to explore the possibilities of this acoustic instrument. He tought himself to master and control the richness of the sounds, replayed the sounds on old tape recorders and entangled them with field recordings, noisy children’s toys, drawling synthesizers and squeeking piano stools.

The audience perceives the process of acoustic development and becomes part of the evolution of the sound concept. This implementation is one of the most relevant features in the compositions of Harnes Kretzer."
Powered by